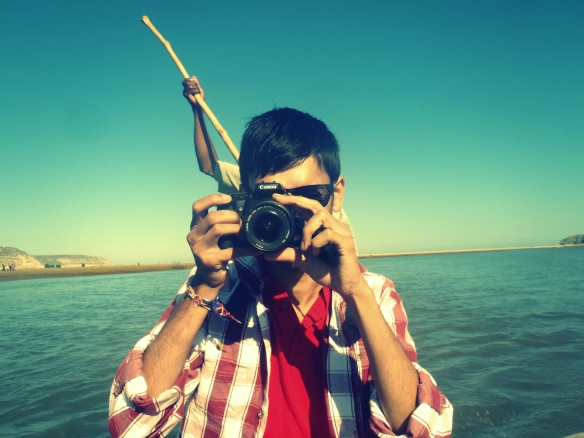 Unsurprisingly Sainte Augustine is the kind of place where people awake at dawn and sleep soon after dusk. (I’m sure the pain in the arse roosters have something to do with this). So up we get at 7.30am ready for a pirogue ride up the river to clear pool.

We sailed for an hour, passing villagers well into the swing of their daily routines. Zebu (cattle) carts crossed the river in front of us, farmers tending to their sugarcane harvests (the Malagasy are famous for remarkably producing three annual harvests rather than the traditional two), and of course the rural folk talking their morning dumps by the river. Obvious highlight. 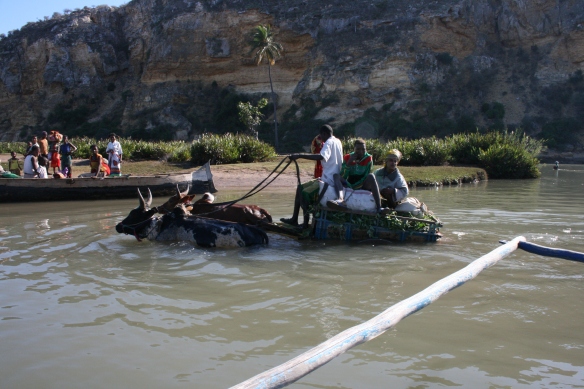 The wildlife continued to marvel, with even the most common of species such as ducks looking like dinosaurs. This place really reminded me of Jurassic Park. The horizon spanned huge cliffs that engulfed the meandering river with floodplains on each side, and huge birds took to the skies as we intrude their space. The only thing missing were the massive brontosauruses passing by. And to dramatise the whole scene, there was even a plume of smoke in the distance. Lost, anyone? 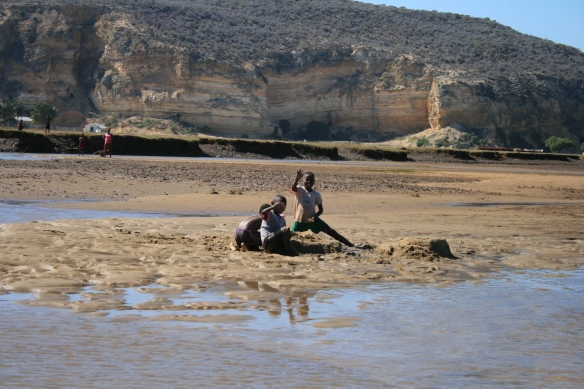 The pool was great, with a creek feeding it a constant supply of clear fresh water. Saw a blue kingfisher and some odd looking shrimp-like creatures as I swam underwater with my goggles – forgot my underwater camera this time!

Off for a swim

Lunch was taken at the town market, with Zo leading the way. Yesterday’s fish was appetising, but nothing extraordinary. Enter the local market lunch stall with more flies than food: I really haven’t tasted fish any better. Ever. Fried but still tasting fresh, with the spiciest sakay yet (HOT Malagasy chilli sauce) it was an extraordinarily tasty meal for next to nothing. We took 3 fish back for dinner and it still only came to 5,000Ar. £1.50. 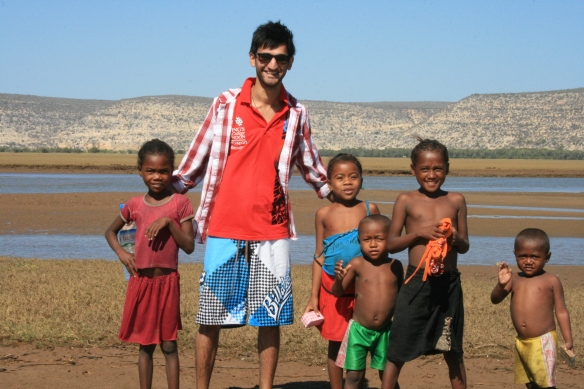 The Malagasy can eat. Yet they don’t get fat (sounds a bit like me!). Heavy lunches combined with the midday heat makes it tough to go back to work during the week, and easy to dose off during the weekend. So back we went to the bungalows for some siesta time in the sun…

Slacking… and the boss has just found us

Home time. Madagascar is an incredible destination partly because it is so remote. The population is still only 20 million, just one third that of the UK. Yet it is twice as large by land mass. So you don’t have you travel far out of town before you hit somewhere remote like Sainte Augustine. We were home in just an hour. 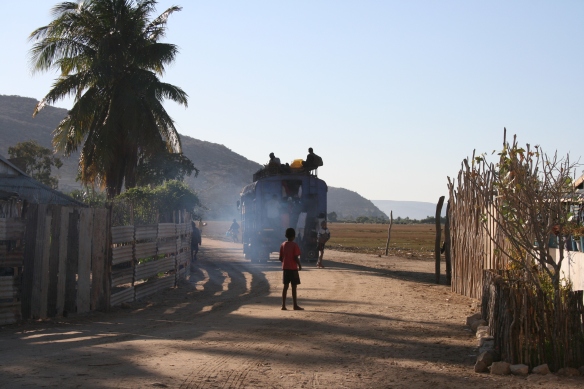 A child sees off a taxi-brousse (bus) bound for Toliara. It will take a few hours to cover the 15 or so km, and will probably break down along the way.

Offering a friendly lift to a family of 8!

Back to reality: a mutiny had broken out at the international airport I flown in to just two weeks before. Some soldiers were killed and all international flights suspended. No biggie, apparently this happens all the time here – so much so, they didn’t even feel the need to cancel domestic flights! Business as usual then.

But the reality is also dangerous here. That night we had a group of bandits poke around the compound. Being told of potentially armed bandits at 2am with nothing but sticks to protect us is an experience to say the least. Lights were immediately shut, laptops hidden, and phones put on silent – nothing could alert them to our presence. The police were called, but didn’t come until 24 hours later! They saw nothing, so the episode passed without incident. Blue Ventures (and eventually also the police) have been great and have taken strong steps to ensure our safety. We’ve even been given whistles – hmm.

They said much of Madagascar is a lawless land. I’m certainly starting to believe it…

This article finally puts Blue Carbon in the media limelight. It nicely sums up the work we are doing with mangrove habitats in Madagascar.

Blue Ventures have been working on their own Blue Carbon project since 2009, so the project is effectively a pioneer in this field – and I’m lucky enough to now be a part of it! Certainly not a bad way to learn the tricks of the environmental trade  😀

Mangroves: what it all boils down to…

Approaching the mangroves (with Zo in the distance). Mangroves are havens for dangerous wildlife: mosquitos, monster wasp nests, snakes, eels and even crocs. No crocs in this area (supposedly) otherwise I wouldn’t be going kayaking!

Kayaking through the mangroves at Honko (having just carried two kayaks half a km each – I think my arms are bigger than my waist now!). Please excuse the socks. £1 from Poundland. Designer pair right